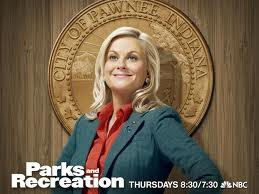 If Leslie Knope knew about our parks, she would be so jealous. She’d get that crazy gleam in her eye and complain about us to Ann, who would be bemusedly supportive. Then Tom would say something snide like, “Well, Leslie, I bet Fort Collins doesn't have a pit.” Jerry would add that we’re probably very nice people, and everyone would tell him to shut up. April would roll her eyes, and Rob Lowe’s weird character would run in and announce that he replaced the doughnuts in the breakroom with agave-sweetened sprouted-grain bagels.


This Knope-worthy description of our fabulous parks system comes from the Fort Collins Parks Department website:

“The citizens of Fort Collins have been enjoying the city park system for over 100 years. Fort Collins currently has 820 acres of developed park land including 6 community parks and 44 neighborhood/pocket parks. We also have 29 miles of recreational trails that flow through our City.

The Park/Cemeteries Division of the Culture, Parks, Recreation and Environment (CPRE) Service Unit provides maintenance and stewardship of parks, cemeteries, trails, medians and other public grounds for the Fort Collins community; and works to keep them clean, safe and in usable condition for everyone to enjoy.”

We have playgrounds aplenty, splash parks, baseball, racquetball, volleyball, disc golf, basketball, tennis, hockey, BMX, horseshoes, swimming, fitness courses, and trails for jogging, walking, and rollerblading. We have skateboard parks and dog parks, but if you have one of these guys, I'm not sure where you're supposed to go: 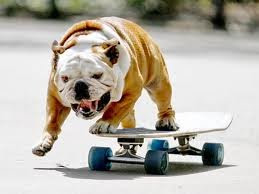 The website includes a park finder tool and histories of the parks, including this interesting stuff about City Park: 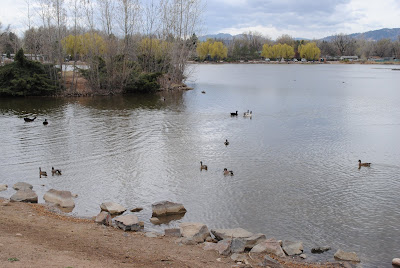 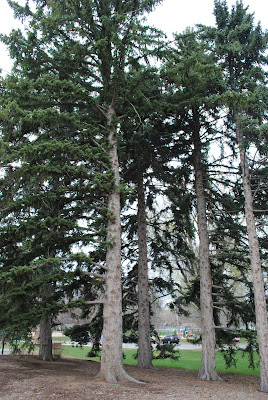 April 1913 - Park commission purchased team of horses, wagon, harness, and other implements for upkeep as needed by the caretaker of City Park. Other parks that were "competitors" and are no longer in existence: Vecelius's Grove and Lindenmeier Lake Resort Park.

Other parks that were "competitors" and are no longer in existence: Vecelius's Grove and Lindenmeier Lake Resort Park.

A "Pawnee Pit" on Taft Hill Road? No, just a drainage project. 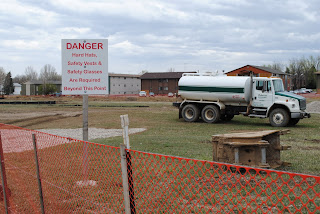 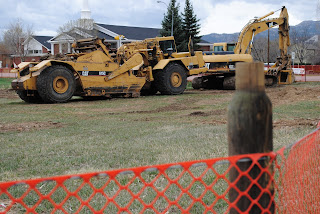 at 6:00 AM
Email ThisBlogThis!Share to TwitterShare to FacebookShare to Pinterest
Labels: A to Z Challenge, Parks

Your parks do sound great. I know I would visit them. I've only seen a couple episodes of parks & recreation, but I could totally picture the characters doing what you wrote. LOL!

I want to know how they taught that dog to use the skateboard.

Sounds like a great place! I love nice parks. I live in Anaheim, CA and the only park whose location I know off the top of my head happens to be home to a famous mouse.

The dog's name is Tillman. I don't know where he lives, but he has an agent :-)

I've heard of that park with the mouse!